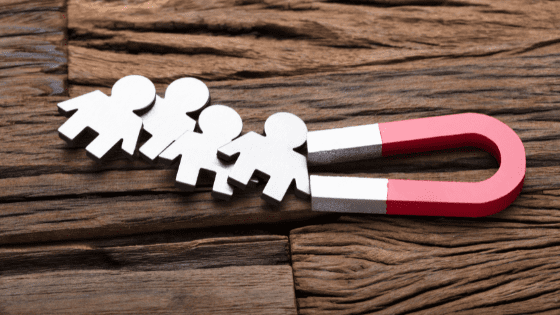 WANT TO ATTRACT NEW DONORS? DO YOUR RESEARCH 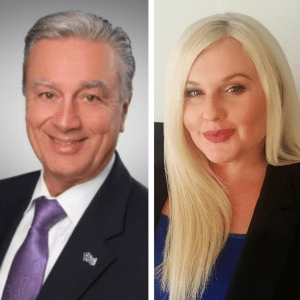 While fundraising can be a rewarding experience, it can also be a challenge, especially when trying to attract new donors. We sat down with one of the top fundraisers in and around Naples, Florida, Dr. Lou Traina, to get his take on donor acquisition. He has served in both public and private nonprofit enterprises in Southwest Florida for more than 27 years and is considered an expert in the field of major gifts, principally because of his successes.  He is charming, as you might imagine, with a gentleness and penchant for seeing what is charming in you too. More surprising is his almost academic way of approaching fundraising. “It is an art and a science,” Lou says. Doing the right type of research on your prospects is the key to successful fundraising. Here we discuss the importance of research in donor acquisition and how to do it right.

JoAnn Lawrence: How do you start to see which people would be interested in making a large donation to an organization?

Lou Traina: Most importantly, you want to make sure that you’ve done a good job with your research to identify those individuals that would have a strong affinity to your cause and propensity for giving at a major gift level. You begin with analytical research through various wealth engines. It will tell you the kind of the range in which a group of prospects have given in the past and what they might give to your organization based on three scores–capacity, propensity, and affinity. A wealth engine like iWave can tell you quite a bit, but if you rely on it strictly and just ask for the gift, you’ll be surprised that sometimes it misses the mark. You need to do some qualitative work also.

JoAnn Lawrence: So essentially you start by analyzing a group of donors, say all the donors in your database, with prospect research software like iWave?

Lou Traina: Yes. Next you need to do some qualitative work also. The qualitative piece might be a study or just prospecting by taking people out to breakfast and educating them about the organization. Whether it be a qualitative field study at the beginning of a campaign or just working with a specific donor, you want to make sure that before you start that cultivation process, you have done your qualitive research also.

Lou Traina: Right. You need to understand why they give, how they give, what organizations they’ve supported. Do they know about this organization? Do they know about the evidence that supports the problem the nonprofit is addressing? Discover what has been the most successful experience they’ve had with giving. Find out if they have served on boards, all of that. This qualitative data is really important. What you’ll find is that there’s a gap between the results of what the wealth engines tell you and what you discover by talking to people. The gap could be pretty small or the gap could be really big. You have to test the case for support with the donor by talking to a person. You get a lot of really rich information you’re not going to get from the wealth engines.

Then you need to look at the gap and really detect why you have that gap. For example, if you’re doing a feasibility study to raise endowment or estate gifts, the quantitative data is going to give you really good information. A wealth engine will probably tell you there are a lot of people out there that will give these gifts at great levels. Then when you have the qualitative research and you have the conversations, they’re going to tell you how and why they give. You may find that what the quantitative data from the wealth engine is saying you could raise is very different than what you can really raise based on that qualitative information.

Let’s say you use a wealth engine and it tells you that have 200 donors that can make a major gift of a hundred thousand or more. They have strong affinity to the cause and a strong propensity for giving. If you were to interview just 20 of these 200 people and conduct a qualitative study, you can then forecast out what the rest will probably do. The comments and responses to the questions you asked are the major conditions you need to have a successful campaign.

When you talk to people, sometimes you find out they know folks that could help lead the campaign. If it’s a campaign, do they know folks that would make a gift towards this? Sometimes they say they will they make the introduction. What levels would you give? If you ask those questions and get results from 15 or 20 of those interviewees, you can now forecast out what the 200 is going to do. You can pinpoint with reliability how much they will give, if they will give, whether they will volunteer, and so forth.

JoAnn Lawrence: This seems like a great process for finding all different types of donors, for capital campaigns, growth initiatives, even special event donors.

Lou Traina: Absolutely. It’s the business of fundraising and when done correctly it is both an art and a science.